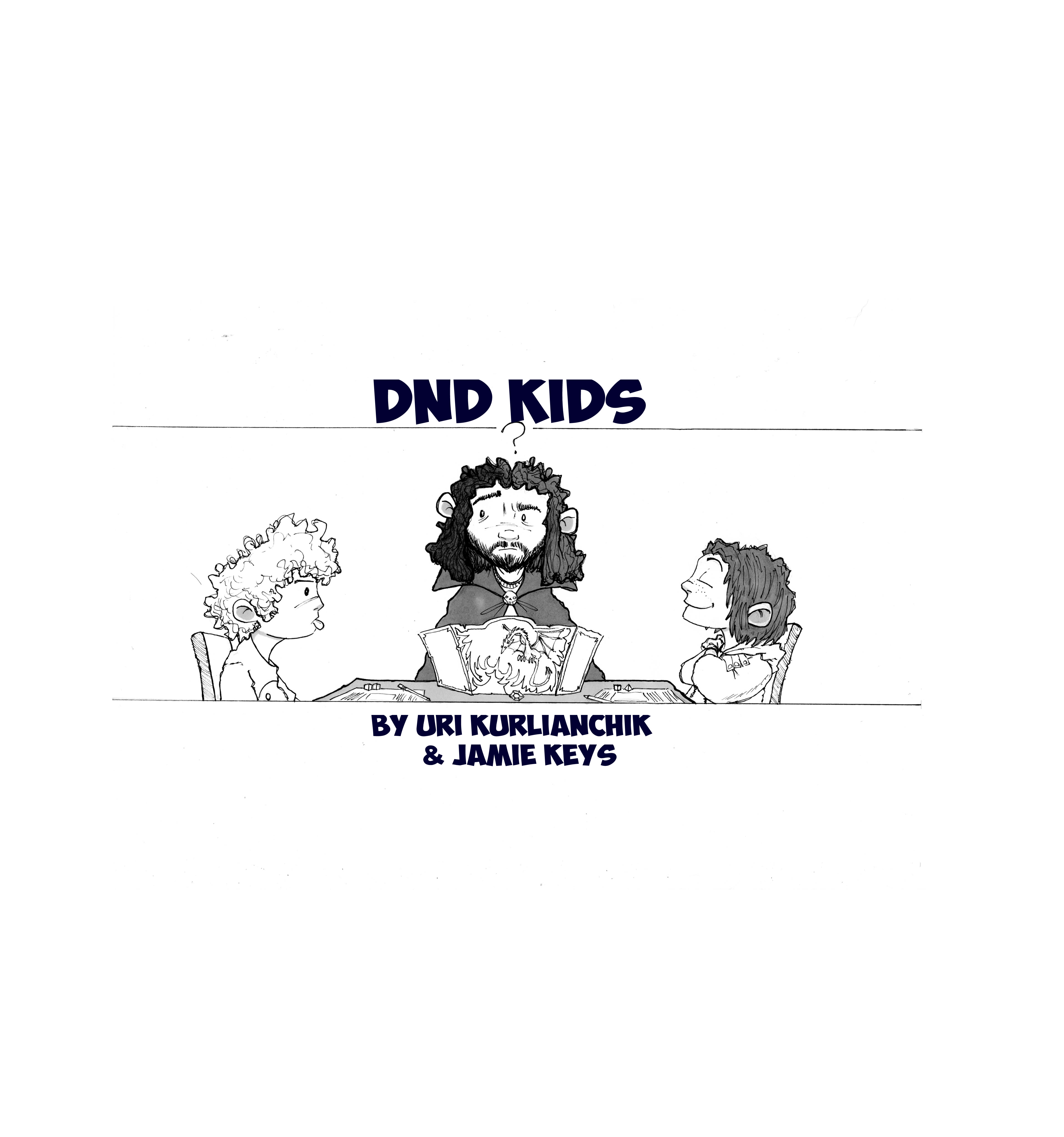 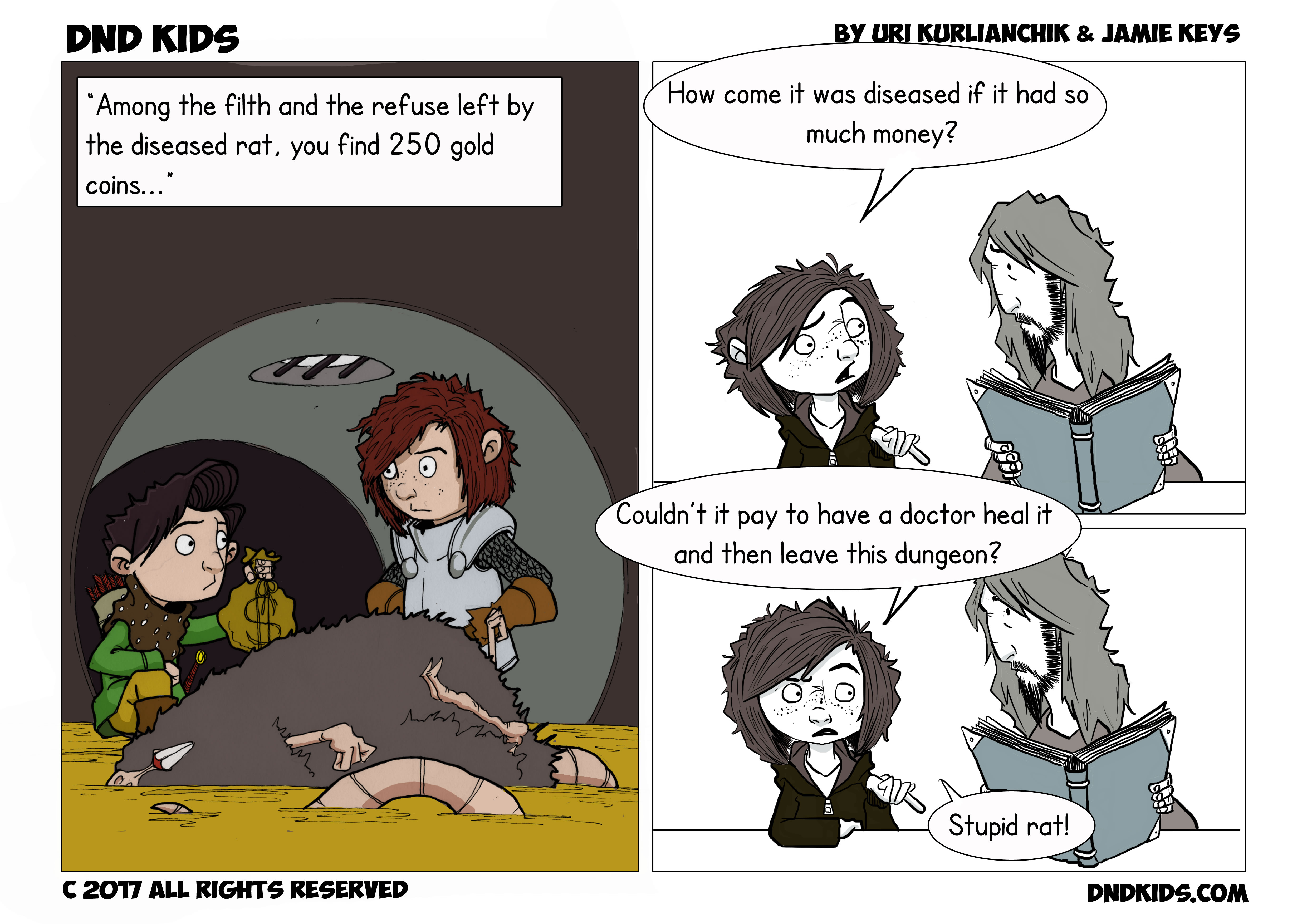 Uri Kurlianchik is a writer and game designer. He also plays D&D with kids in schools and community centres. His stories “The Storyteller” and “A Night in the Court of Sophia” were featured in Red Phone Box: A Darkly Magical Story Cycle.

Jamie Keys is a doodler,  scribbler and general arty type person. You can see more of his work on Facebook.

Support DNDKids via Patreon! All proceeds go directly to Uri and Jamie. They’ve been doing the comic since June as a labour of love. Please help keep the comic going. We plan to eventually publish a book of their work, but this will only be possible if they can keep the project going.