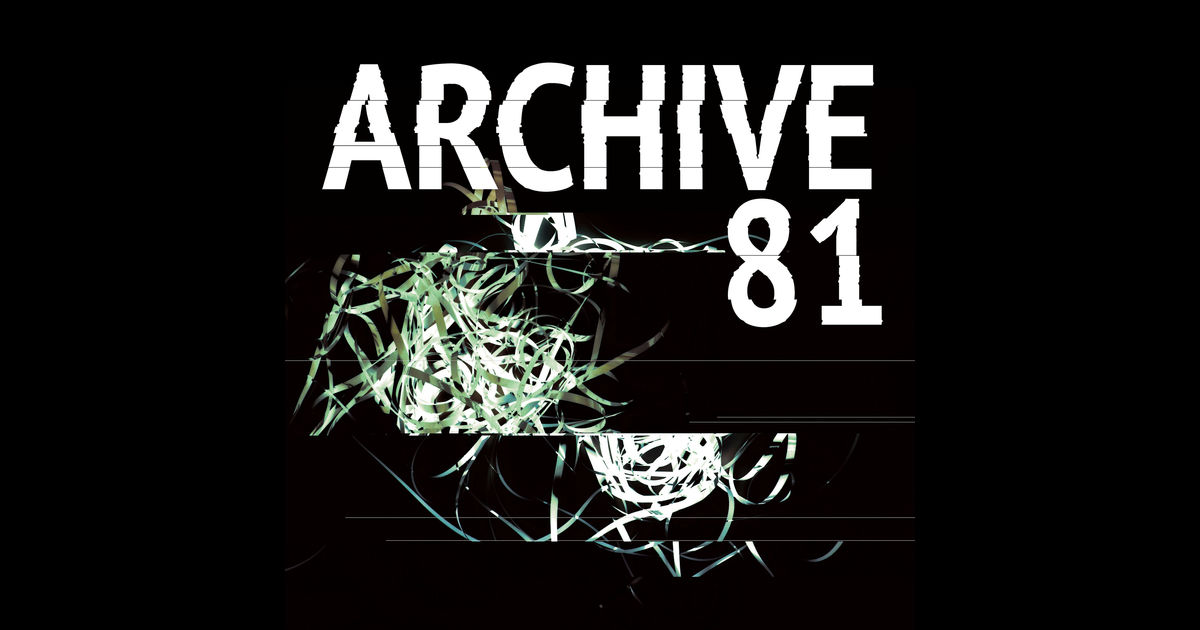 I have a charm in the shape of an old microphone on my keychain. You know the sort of thing; big, rectangular lump that usually has a wire cage around it and is often seen being lowered from the rafters of Madison Square Garden just before a big fight.

I have it for two reasons – because my fiancé is a wonderful human being who agrees with me that old mics are cool and because of what it represents. I’ve worked as a podcaster for almost a decade.

I host Pseudopod, a weekly horror fiction podcast published by Escape Artists. It’s the most fun job I’ve ever had, introducing a different horror story every week and then talking about it in the outro. It gives me a chance to play out my Jack Killian/Chris Stevens fantasies, teaches me vast amounts about writing and is essentially a master class in short fiction I get paid to attend. I love it.

So much so in fact that, like ’80s shaving oligarch Victor Kiam, I bought the company. Two years in, we’ve added Cast of Wonders  a YA show, and Mothership Zeta  , a quarterly digital magazine to the roster. We now have five shows, including SF original Escape Pod, Pseudopod  and fantasy show Podcastle with around 400,000 listeners between them. It’s incredibly hard, it’s incredibly fun and I love it like nothing else.

Except, perhaps, listening to other podcasts.

There’s been a quiet explosion in brilliant genre fiction podcasts in the last couple of years. Serial, the true crime documentary show that dominated countless ’50 Podcasts You Should Listen To But Probably Already Are’ lists last year is indirectly responsible for a surprising amount of them. The Serial model; ‘bad thing happens, crusading journalist investigates, interviews and discussion ensue’ has been used by shows like The Message and Black Tapes to huge effect. More recently, shows like The Magnus Archives and Archive 81 have taken a subtly different tack, adding interrogative layers and narrative distance. Finally, shows like King Falls, Lore and Uncanny County have taken different, all successful, directions. King Falls is a wonderfully dark on-air comedy drama, Lore is folklore history and essays and Uncanny County is the sort of thing Ray Bradbury would do if he was podcasting. All of them are different, all of them are great and because they’re podcasts, all of them are free.

Which is where you, and I, come in.

Every week I’ll be taking a look at a different show, walking you through it and explaining why it’s great. This is my favorite medium and a job I’ve done for a good chunk of my adult life. I love doing it, I love talking about it and I’m a good tour guide. So let’s begin, with Archive 81. 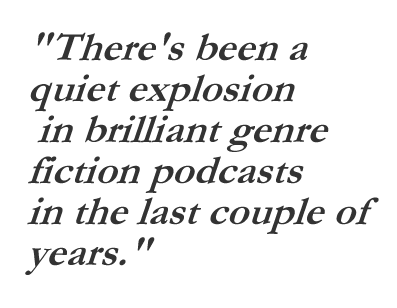 Archive 81 focuses on Daniel Powell. Daniel is an audio producer who takes a short term job working as an archivist. All he has to do is take every tape in his employers’ 81st archive and arrange them in the correct order. Oh and live on site. And be recorded.

That’s weird and inconvenient. But what Daniel finds on the tapes is much worse. They were all recorded by one of his predecessors, Melody Pendras. Melody was sent to collect the aural history of the Visser, a Ballardian nightmare of an apartment building. As Daniel digs into the tapes he discovers just how bad things got, but not what happened to Melody, or why. Or, perhaps what’s happening to him…

Episode 3 of Archive 81 is called ‘A Story in Cycles’ and that’s an apt mission statement for the entire series. At its core is the Visser building and the lives of the people in it. Then, there’s Melody and what she gradually discovers. Then, Daniel listening to her tapes and coming to realise his job may be much more than he thinks it is.

That last one I’ll keep quiet about because it’s a major part of the first episode. The show plays with the found footage format in a manner that’s both witty and never gets in the way. We’re right there with Daniel as he’s piecing things together, and right there with Melody as she starts to go through the looking glass. The idea of onsite recordings as a storytelling medium doesn’t just work it works absolutely. There’s an immediacy, and an intimacy to found audio that found footage lacks. You don’t have the luxury of a camera lens to hide behind. The calls really are coming from inside the house. Or in this case, the Visser.

Over the course of the episodes to date, producers Dead Signals have introduced us to some of the Visser’s best and worst. A composer who produces operas made out of suffering, a sweet teenager who acts as a runner for the survivalists in the Visser and a guard who knows when to look away have all been in the spotlight. Each one is a perfect balance of the fantastic and the realistic, people in a bad situation that’s warping them but still people. Likewise Melody and Dan, the two likeable protagonists separated by time, distance and possibly mortality. They make smart choices, are increasingly aware of the stories they’re in and even that might not be enough to save either of them.

In the hands of lesser writers this would feel aimless. Here it feels like a jigsaw being put together by a master of close up magic. The patterns are starting to form and, as the show rounds the corner into its second half just what’s going on is starting to become apparent. As is the fact that this is confident, ambitious and immensely successful horror podcasting. Check out Archive 81, but stay away from the Visser Building. Trust Melody and Dan, you don’t want to go anywhere near that place…

Archive 81 is a production of Dead Signals. Episodes are released every second Wednesday.